Answered: Why do I have thyroid symptoms when the lab tests are normal

Have you ever had a thyroid test at your GP and been told everything has come back normal, yet you are still symptomatic?

This article will explain what markers you need to test for, what they mean, what the optimal ranges are, and what it means if they are low or high. You will be able to understand your results, empower yourself and take control of your own health.

Have you ever had a thyroid test at your GP and been told everything has come back normal, yet you are still symptomatic?

The problem is that conventionally most doctors will only test for TSH and maybe freeT4 which doesn’t give the whole picture. In addition, the lab ranges used in standard testing are different from functional lab ranges, which can be confusing.

Understanding the difference between standard and functional lab ranges

Standard lab ranges are based on the average of people that have been tested (many of whom are quite sick or unhealthy) and are thought to be too broad, and thus fail to identify many people with hypothyroidism.

Often, people with thyroid symptoms will ask their GP to be tested and then be told their thyroid results are “normal”. This is because standard testing usually only looks at TSH and T4 even though it is thought that up to 90% of hypothyroidism is due to an autoimmune disease called Hashimoto’s.

Antibodies are usually not measured because standard care does not change whether the cause is autoimmune or not.

Functional ranges look at the levels of healthy individuals and also identify patterns in blood markers – not just relying on a single marker (e.g. only looking at TSH)

A functional thyroid test will also look at levels of thyroid antibodies to identify whether hypothyroidism is due to autoimmunity. Knowing this can identify the best way to improve and manage your thyroid health. 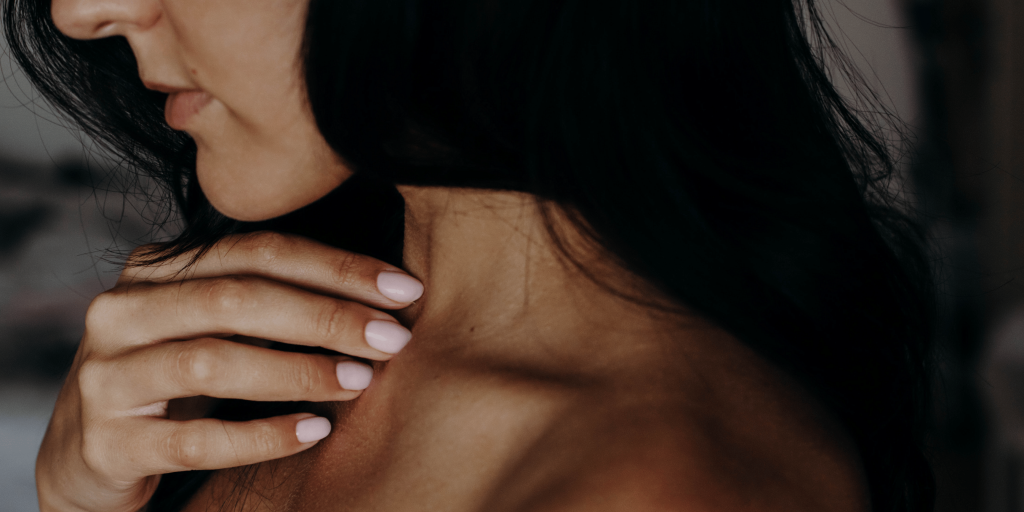 What your thyroid test results mean

The production of thyroid hormones and the size of the thyroid gland is regulated by TSH. The hypothalamus in the brain constantly monitors levels of thyroid hormone in the bloodstream, if levels are low it sends out TRH (thyroid releasing hormone) to your pituitary gland (also in the brain) which then releases TSH.

The TSH is sent directly to the thyroid to produce more T4 – this is the storage form of thyroid hormone. Levels of TSH are more an indication of what the pituitary gland is doing based on the feedback loop from the hypothalamus (not really the actual function of the thyroid gland itself).

When T4 levels drop too low – TSH increases and when T4 levels are high TSH decreases as per the feedback loop between the hypothalamus, pituitary, and thyroid.

In advanced cases of Hashimoto’s and hypothyroidism, TSH will be high. Yet, Thyroid destruction has to be quite advanced for TSH levels to become permanently elevated.

In hyperthyroidism, TSH will be low. Low TSH can also indicate excessive supplementation of T4 and T3, or possibly a pituitary disorder – both these cause insufficient stimulus to the thyroid gland to make thyroid hormone.

Approximately 85% of the total hormone released by the thyroid gland is T4.

T4 is inactive and circulates throughout the bloodstream and stays in the tissues so it is available when needed.

TT4 measures total levels of both bound and unbound T4 in the body. When thyroid hormone travels around the bloodstream it will always be bound to a protein (called thyroid binding globulin) – think of it like a taxi cab that the thyroid hormone sits in until it gets to the cells where it is needed). It must then become unbound to be able to act in the body.

A key marker to test, fT4 is the level of unbound T4 in the body. Low levels may indicate that the thyroid is struggling to produce adequate levels of thyroid hormone – suggesting under-active thyroid.

fT3 is the amount of T3 unbound to a protein, it’s the active form of thyroid hormone which binds to thyroid receptors in the cells.

NB Some people have problems converting their T4 to T3 and so their results will present as a normal or optimal T4 and low T3.

Those with overt hyperthyroidism will present with depressed TSH and elevated free T4 levels but the subclinical picture shows depressed TSH, and fT3 levels within lab reference range (often at the high end of that range).

Reverse T3 is the body’s natural way to clear excess thyroid hormone. Instead of converting T4 to T3 the body can send T4 down the reverse T3 pathway.

Although chemically similar to T3, reverse T3 is completely inactive, it can attach to receptors for fT3 and “put the brakes on” to slow down metabolic processes.

In those with hypothyroidism we may see high levels of reverse T3 due to the following:

During hyperthyroidism, we may see high levels of rT3 as there is an excessive amount of T4, and whilst a lot will be converted to T3, a lot will go down the rT3 pathway.

Additionally, the ratio of freeT3 to rT3 is an important marker and optimally should be between 10 and 20. A low ratio is a sign of low T4 to T3 conversion

Autoimmunity is a sign that the immune system has lost its ability to recognise “self” and is making antibodies to a particular gland or tissue – in this case, the thyroid.

Antibodies to the thyroid can be present for up to 10 years before any changes in the function of the gland are apparent. There are two types of thyroid autoimmunity – Hashimoto’s and Graves.

This is the standard antibody test for thyroid autoimmunity but very rarely run in conventional practice.

Thyroid peroxidase is the enzyme responsible for the production of thyroid hormone. Antibodies to TPO can cause the immune system to mistakenly attack normal thyroid tissue causing inflammation and impaired function which can be raised in both Hashimoto’s and Graves disease.

Thyroglobulin is a protein produced by the thyroid that plays an important role in the production, storage, and release of thyroid hormone.

The presence of TG antibodies means the immune system is damaging thyroglobulin affecting the production of both T4 and T3 which can be raised in both Hashimoto’s and Graves disease.

What to Do If Symptoms Persist

We are the largest functional medicine clinic in Europe with practitioners who specalise in functional approaches to thyroid function.

We can offer functional blood testing to assess all the markers discussed, and if you’ve already done your own testing, our experienced team of clinicians can help you to uncover the root cause of your thyroid issues. 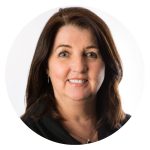 Helen is an experienced Nutritional Therapist and Functional Medicine Practitioner and has been helping clients with chronic health issues to reclaim their health for the last 17 years.

She trained initially at The Institute of Optimum Nutrition (ION) and completed her BSc (Hons) degree in Nutritional Therapy at The Centre For Nutrition Education and Lifestyle (CNELM) in 2003. Helen now specialises in thyroid health and autoimmune diseases. She wants to empower her clients to take back control of their own health, to understand their thyroid problem and why they have thyroid dysfunction.