Should you go on a ketogenic diet?

This low-carb, high-fat diet is increasingly popular, but is it right for everyone?

What is the ketogenic diet?

The ketogenic diet—often abbreviated to the ‘keto diet’—is a high-fat, low-carbohydrate way of eating. The diet was developed almost 100 years ago as a way of managing epilepsy (more on that later) but has more recently become popular as an approach to weight loss.

What a person eats such few carbohydrates (either absolutely or relative to fat), their body runs through their store of glucose (glycogen) pretty quickly. In order to keep up with the body’s demands, the liver starts making ketone bodies from fat, which can be used as an alternative form of energy [2].

This puts a person into a state of ‘ketosis’, which is effectively what happens when we’re in starvation mode. This is not to be confused with ketoacidosis, which is a dangerous condition that can develop in people with type-1 or type-2 diabetes.

What can you eat on the ketogenic diet?

When you consider that a single baked potato contains 37g carbohydrate, a ketogenic diet is a pretty big shift away from a ‘normal’ way of eating. People eating a ketogenic diet would base their meals on:

They could eat dishes such as Keto Diet Chicken Pad Thai. However, they would need to avoid:

Most people would also need to calculate how many carbohydrates they’re eating, at least to begin with, to make sure they’re not going over their daily allowance.

If they’re focusing more on ratios, they could also supplement with medium-chain fatty acids (such as MCT oil), which the liver automatically disposes of as ketone bodies. This could allow for greater flexibility.

What are the positives of the ketogenic diet?

The ketogenic diet has been trialled as a therapeutic approach for many conditions. These include:

Reducing obesity. Several trials have found that a ketogenic diet is an effective tool for weight loss. It’s believed that this is largely because the higher intakes of protein and fat diminish appetite [3].

Reversing type-2 diabetes. A low-carbohydrate diet can help to reduce blood-sugar levels and improve insulin sensitivity in the short term [4].

Managing seizures. A ketogenic diet has been used as an alternative form of treatment for epilepsy in children since 1921 [5]. It can be a powerful intervention, even though we don’t know the exact mechanisms behind its effectiveness.

Improving brain health. In preliminary studies, a ketogenic or low-carb diet has been found to have positive effects in other conditions that involve the brain, including both Alzheimer’s disease and Parkinson’s disease [6, 7].

Supporting PCOS. Due to its ability to enhance insulin sensitivity and regulate weight, the ketogenic diet can be a useful tool in addressing polycystic ovarian syndrome in ladies with the metabolic presentation of this condition [8].

Addressing cancer. A ketogenic diet is being investigated as a complementary treatment for cancer [9]. The mechanistic theory is that because cancer cells prefer to feed on sugar, you can effectively starve them by eating mainly fat and protein.

However, it’s important to realise that many research studies use ketogenic and low-carbohydrate diets interchangeably. This is confusing because a simple low-carb diet doesn’t tend to induce ketosis.

This means that the benefits could be down to other features of the low-carb diet—lower sugar; higher fat-soluble nutrients etc.—rather than the state of ketosis, per se. 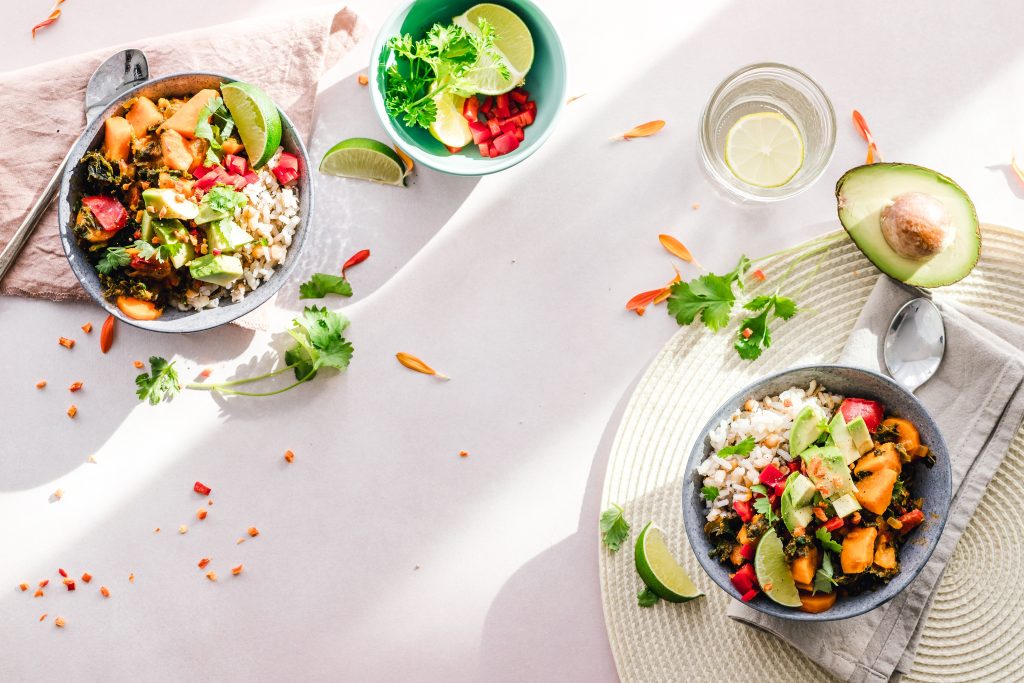 What are the negatives of the ketogenic diet?

There are several drawbacks of the ketogenic diet, all of which are worth considering before becoming ‘keto’. For example:

Weight loss isn’t necessarily maintained. The main issue here is that most of the studies investigating the ketogenic diet are relatively short in nature, so it’s not clear if the weight loss is maintained months or years down the line. In fact, one study found that those who lost weight on a low-carb diet were actually more likely to put weight on again after a year [10]. This may be because carbohydrate restriction has been found to slow thyroid function and metabolism [11].

It can be tricky to follow. A ketogenic diet must be done properly to be effective, as even eating slightly too much protein can pull a person out of ketosis. What’s more, if a person eats slightly too many carbohydrates along with the extra fat, they may find themselves putting on weight. For these reasons, the most successful outcomes are achieved when a person has professional guidance.

It isn’t suitable for everyone. Levels of the stress hormone cortisol can increase on a low-carb diet [12]. This means that if a person already has a stressful lifestyle, a ketogenic diet may be not be the best choice for them. Women who eat too few carbohydrates (and calories general) may also find that their periods are affected.

It can cause unfavourable changes in gut bacteria. Preliminary studies have shown that a high-fat diet can affect the balance of bacteria in our gut, and may even induce dysbiosis [13]. A huge factor in this is that a low-carb diet naturally excludes many forms of prebiotic fibre, which provide the fuel for good bacteria to flourish.

It can cause other symptoms. You may have heard of ‘keto flu’, in which a person can feel fatigued, light-headed and irritable during the first few days of a ketogenic diet. This usually passes, but other symptoms can persist, such as smelly breath (halitosis) and constipation. There are also questions surrounding the ketogenic diet and the development of kidney stones [14].

Should you go on ketogenic diet?

As with any dietary approach, this answer is: it depends.

If you’re looking to support your brain health after a traumatic head injury, or are wishing to kickstart significant weight loss, a ketogenic diet could be a useful tool. However, notice that in both these instances, the diet is being used therapeutically. That means it’s adhered to for a set period to achieve a specific goal.

The bottom line is that we don’t know the long-term effects of a truly ketogenic diet. This would require a 20-year randomised, controlled trial, which simply isn’t feasible. It’s fair to say we know enough side effects of the diet—including its effect on cortisol and gut bacteria—to question whether it’s a sensible way to eat in the long-term.

For most people, eating fewer refined carbs but more fruits and vegetables is a good foundation for a healthy diet. The type and number of carbohydrates you require will be different to someone else’s, but they can also change as your life circumstances change. You are a dynamic entity—and your diet should be too.

For personalised support, please feel free to get in touch.