Iodine is extremely important for every human being. Iodine has been greatly maligned and misunderstood in conventional medicine. There are inorganic non-radioactive forms of iodine in which one finds the reduced form of iodine called iodide. Radioactive iodine is a different drug. This has an extra electron. Inorganic non-radioactive forms of iodine are safe. They have been used for many years. They continue to be used and have the amazing capacity of being antiviral, antibacterial, antifungal, anticancer and are in every cell of the body.

One can supplement iodine by using either liquid Lugol’s solution (includes both iodine/iodide) or Iodoral which is a trade name for the combination in pill form.  Determining the correct dose of iodine is the next issue to determine.  This is an excellent question which initial studies that were done in Japan where there is the lowest incidence of breast cancer in the world, it was felt that their average intake was about 12.5mg per day.

Iodine helps prevent breast cancer and many other cancers in the body.  It is essential for function of the thyroid.  In David Brownstein’s book Iodine:  Why you need it and why you cannot live without it, the use of iodine and its function is explained.  Iodine is essential to help protect the thyroid.  It is also extremely important for protecting breast and prostate gland.  Breast and prostate tissue responds similarly to iodine and estrogen.

There are multiple physicians that would encourage one to take 12.5 to 25mg of iodine per day and some people feel this should even be increased to 50mg per day if one has cancer.  Iodine can also be used to possibly influence the 2:16 ratio of oestrogen metabolic breakdown products.  What this means is that consuming iodine you can get a more optimal ratio of the breakdown products of oestrogen, thus decreasing the instance of prostate and breast cancer.  This is critical due to the fact that the countries that have the highest instance of iodine intake have the lowest instances of breast cancer.  In the United States, where they have some of the lowest intake of iodine, they have the highest instances of breast cancer in the world, i.e. one in eight females develop breast cancer.  Clearly it is important to get your iodine.  Iodine is being used for treating fibrocystic breast disease and ovarian cysts as well as goitre.  Goitres historically were very common until iodine was added to the salt and the bread which significantly decreased this condition.

Again, having an element that is both antiviral, antiparasitic, anticancer, antibacterial as well as the mucolytic agent is crucial to maintain health.  Some of the conditions that can be treated with iodine include thyroid disorder, vaginal infections, prostate disorders, ovarian cysts, keloids, hypertension, haemorrhoids, fatigue,  and Lyme disease.

Iodine is primarily found in the thyroid gland but is also located in the salivary glands, the cerebral spinal fluid in the brain, breast tissue, prostate tissue, ovaries and is often concentrated in the substantia nigra area of the brain.

The best test for iodine is the pre and post loading test which we can organise for you.

Iodine is a halide like chlorine, fluoride and bromine.  Out of the halides three of them are toxic and one of them is nutritive:  no prizes for guessing the one that is nutritive.  What happens with these halides is that there is something called competitive inhibition that goes on, so when you have too higher levels of bromine or the other toxic halides, it pushes out iodine.  Therefore, conversely, a good way of reducing these toxic halides is by using iodine supplementation.  It is our opinion that out of these halides, although they are all very toxic, bromine is often the worst when it comes to replenishing iodine stores.  Bromine (or its reduced form bromide) is used as an antibacterial agent for pools and hot tubs.  It is still used as a fumigant for agriculture.  Toxicity of bromine is also important for the ingestion of carbonated drinks, e.g. Mountain Dew and some Gatorade products contain brominated vegetable oils.  Bromine used to be present in many common over-the-counter medications but it is still used today in many prescription medications.

Unfortunately, bromide toxicity is very common.  In fact, every patient that we have ever tested for bromide levels has always been in the high range and there is a direct correlation between how ill a patient is and how high their bromide levels are.  Incidentally, there is no known therapeutic value for bromine therefore any level of bromide can possibly cause problems. 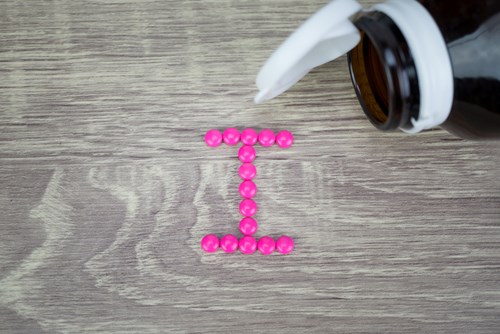 As we are on the subject of the halides, any discussion needs to talk about fluoride as well.  Fluoride, like bromide, is in the family of halogens.  For over 50 years the American Dental Association advocated the addition of fluoride to drinking water as a preventative measure against dental caries.  However, there is much evidence to suggest that fluoride added to the water supply is ineffective at preventing caries.  A study in fact in New Zealand found there were no difference in tooth decay rates between the fluoride data and the non-fluoride data areas.  This study has been repeated elsewhere.  Many European countries have recognised the fallacy of adding fluoride to the water supply and have stopped the practice.  The fluoridation of the water supply has been based on terrible science and it is causing much more harm than good.

Fluoride is known to be a toxic agent.  Fluoride has been shown to inhibit the ability of the thyroid gland to concentrate iodine.  Fluoride was first reported to cause thyroid problems in 1854 when fluoride was found to be a cause of goitre in dogs; and also research has shown that fluoride is much more toxic to the body when there is iodine deficiency present.

It should also be noted that many commonly prescribed medications contain fluoride, including the popular SSRI antidepressants such as Paxil and Prozac.  Interestingly there has been reports of this class of antidepressant increasing the risk of breast cancer.  Again interestingly, many medications that contain fluoride have been pulled from the market due to serious adverse effects such as Baycol, Posicor and Astemizole and many others.  More information about the toxicity of fluoride can be found in the book The Devil’s Poison by Dean Murphy.  This book is an excellent resource which details the hazards of fluoride exposure.

Finally, we turn to chloride.  Like iodide, fluoride and bromide, it is from the family of halogens.  Chloride is an important element in the extracellular fluid.  There is a large amount of chloride found in the body; approximately 100gm.  Chlorine (the oxidised form of chloride) is added to many products including the municipal water supply, as well to swimming pools and hot tubs as a disinfectant.  It is also used as a whitener, however chlorine is a toxic element.

A by-product of chlorine use is the production of dioxin.  Dioxin is one of the most toxic carcinogens known to mankind.  It readily breakdown the environment, chlorine and its by-products have been linked to birth defects, cancer, reproductive disorders including stillbirth, and immune system breakdown.

We are exposed to high level of chlorine and chlorine by-products that are toxic to our health.  This includes being exposed to the steam of the dishwasher when the door is opened after cleaning (chlorine superheated and combined with detergent).  In addition, the widely used sugar substitute sucralose (Splenda) contains chlorinated table sugar.

No-one denies the important of having clean drinking and swimming pool water that is free of bacteria, however there are many safe alternatives of disinfecting water including the use of iodine, hydrogen peroxide, ultraviolet light and ozone that could be substituted for chlorine.

The research is clear.  Bromine and fluoride are toxic items for the body.  In an iodine deficient state, the toxicity of bromide and fluoride is exacerbated.