Mould: how it can affect your health

Inhalation or ingestion of sufficient amounts of mould spores and mycotoxins can lead to health problems for some people.

This article explores how mould can impact your health, why some people are more susceptible to mould related illnesses than others, and what tests are available for those with suspected symptoms of mould illness.

Can mould impact your health?

Fungi or mould are present everywhere and we are constantly exposed to them. In most cases, they present no harm to us and if we are inhaling or ingesting mould spores, most of us are capable of eliminating them from the body without any health consequences. However, inhalation or ingestion of sufficient amounts of mould spores and mycotoxins can lead to health problems for some people.

How can mould make you sick?

Mould can produce toxic compounds called mycotoxins and other organic chemicals that can impact health. Hundreds of potentially toxic mycotoxins have been identified but it is considered that the most toxigenic to public health are trichothecenes, ochratoxins, aflatoxins, zearolone, fumonisins, patulin and citrinin.

Significant exposure to these mycotoxins can lead to the development of symptoms in multiple organ systems, including the upper and lower respiratory system, nervous system, skin, gastrointestinal tract, urinary tract, connective tissue and the musculoskeletal system.

Direct infections with mould can also occur, but this is rare, like in Aspergillosis (a condition related to infection with Aspergillus).

Why are some people more susceptible than others to mould related illnesses?

There can be many different factors, but one factor could be a dysregulated immune system. The immune system plays an important role in the effective and successful elimination of infectious pathogens and metabolites, like mould and mycotoxins. If these defence mechanisms are disturbed, there can be an exacerbation of immune system-related conditions, like an exaggerated chronic inflammatory response. This could be one of the reasons why people that are already fighting an infection, like EBV or Borrelia, could be more predisposed to have an exaggerated response to mould exposure. Genetics may play a role too!

How can you test for mould exposure?

At the London Clinic of Nutrition, we employ two main tests to assess for mould exposure:

Great Plains Laboratory MycoTox uses advanced mass spectrometry to screen for eleven different mycotoxins in one urine sample. The mycotoxins assessed are Aflatoxin-M1, Ochratoxin A and Gliotoxin from Aspergillus species, Sterigmatocystin and Mycophenolic acid from Penicillium species, Roridin E and Verrucarin A from Stachybotrys species, Enniantin B and Zearolone from Fusarium species, Chaetoglobosin A from Chaetomium globosum species and Citrinin from multiple mould species.

RealTime Labs Mycotoxin test uses the ELISA method to detect antibodies prepared against mycotoxins in the urine to screen for sixteen different mycotoxins. Some of the mycotoxins assessed are Ochratoxin A, Zearolone, Aflatoxins (Aflatoxin B1, Aflatoxin B2 and Aflatoxin G1), Gliotoxin, Trichothecenes (Satratoxin G, Satratoxin H and Isosatratoxin F)

We can also assess for IgE/IgG antibodies against mould species which can indicate hypersensitivity to mould in addition to exposure.

What can be done if you suspect mould exposure?

The treatment strategies will vary from person to person based on which systems have been impacted the most, but the following applies to most cases: 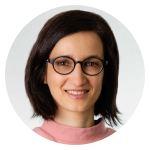 Alina Tierney is a qualified Nutritionist with a decade of experience working with chronic complex cases. Her education and clinical experience equipped her with the skills to help hundreds of people achieve significant improvements in their health and wellbeing. She is proud to say that she has helped many people to progress from functioning at 20-30% to functioning at 70-100%. Her main areas of expertise are in mould illness, Lyme disease and co-infections, MCAS and histamine intolerance, gut and autoimmune disorders.