How is Lyme Disease Linked to Autoimmune Diseases?

Often with chronic Lyme Disease, where the infection has been present for more than 3 months, clients can also present with raised autoimmune disease markers.

Lyme Disease is triggered by the Borrelia Burgdorferi bacteria, which can cause over 40 different symptoms including brain fog, muscle twitching, Bell’s Palsy, cognitive issues, neck pain and others

Lyme Disease is surrounded by misunderstanding and sometimes stigma because of the clinical challenges of symptom presentation, diagnosis and treatment. However, here at the Clinic, we specialise in using reliable Lyme Disease testing methods (such as a dark blood microscope) and have an excellent track record for supporting clients back to full health adopting a functional medicine approach.

Autoimmune Diseases, on the other hand, are conditions such as Hashimoto’s, Multiple Sclerosis and Rheumatoid Arthritis where the immune system gets ‘confused’ and starts attacking itself. Self-tissue in the nervous system, the thyroid, or the lining of the joints are often targeted and can be mistakenly attacked.

Often with chronic Lyme Disease, where the infection has been present for more than 3 months, clients can also present with raised autoimmune disease markers. Alternatively, Lyme Disease can trigger a remission of pre-existing autoimmune conditions such as Hashimoto’s.

This begs the question – how are the two connected?

Although a single cause for many autoimmune diseases is yet to be identified, research has suggested that bacterial infections – more specifically bacteria living in the gut – may be one of the triggers of such conditions.

One of the common mechanisms of how these bacteria can trigger ‘immune system confusion’ leading to autoimmunity is that the structure of some of these pathogenic bacteria mimics the structure of self-tissue – so ultimately the immune system cells go to attack the bacteria and sometimes start attacking the wrong self-tissue. This widely researched mechanism is called ‘molecular mimicry’.

The very same mechanism is also implicated in Lyme Disease, a bacterial infection, and autoimmunity onset. One of the major differences, however, is that Lyme Disease bacteria, the Borrelia, is much more complex than any other bacteria known to man.

Unlike most bacteria and very much like some viruses (e.g. Coronavirus), it has a number of projections on the cell surface called lipoproteins, over 120 of them, which can change depending on the purpose it is trying to achieve (such as hiding from immune system cells). This presents numerous opportunities for it to change its shape and confuse the immune system cells.

It is these cross-reactions to some of these proteins that trigger autoimmunity against the heart muscle, nervous system, and even parts of the brain.

Because of cross-reactivity with self-tissue, some of the nervous system cells can also be attacked. This can lead to symptoms such as brain fog, muscle twitching, numbness, balance issues, seizures and speech issues.

There is also another mechanism via which the Lyme Disease bacteria can trigger autoimmunity. It ultimately aims for the brain and often with chronic Lyme the bacteria cross the blood-brain barrier, triggering the immune systems of the brain ( the microglia) to launch a vicious attack against the bacteria. However, the self-tissue can often get caught in the crossfire meaning autoimmunity is possible. The microglia also supports important cells of the nervous system called Neurones, and when these are not helped by the microglia, this can lead to neuronal death – and unfortunately, neurons cannot re-generate by the brain.

Activation of microglial cells and neuronal death, potentially triggered by the Lyme Disease bacteria is linked to numerous neurodegenerative conditions such as Multiple Sclerosis, ALS, Parkinson’s and Alzheimer’s.

As Lyme Disease can be much more than persistent a bacterial infection, it is important to test for and manage autoimmunity alongside it, via strategies such as: 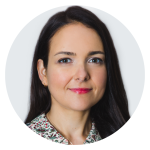