The prostate is a gland often forgotten about, however it has very important functions for Men’s health. Find out how you can support the health of your prostate with diet and lifestyle.

Prostate problems are common in men of all ages. As with many chronic conditions, diet and lifestyle play a role.

What is the prostate?

Only men have a prostate. It’s a walnut-sized gland that sits at the base of the bladder, encircling the urethra (the tube through which a man pees). This location plays a role many prostate symptoms—but more on that later.

It may be a small gland, but the prostate has three pretty important functions:

1) Production Of Fluid For Semen

A special type of liquid, called prostatic fluid, combines with sperm from the testicles and fluid from two other glands. Together, these form semen.

Yes, this little gland is critical in that crucial moment. Muscles in the prostate contract to ensure semen is pushed into the urethra and expelled during ejaculation.

In the prostate, testosterone is converted into dihydrotestosterone (DHT). This is the more biologically active form of the hormone, which plays a key role in creating typically male characteristics.

What can go wrong with the prostate?

Despite its importance to the male experience, most men don’t think about their prostate until things go awry. And it’s more common that you think. Broadly speaking, issues can show up as three diagnosable conditions:

This is when the prostate increases in size. The enlargement is non-cancerous, so it’s generally not considered a threat to health—but it can still cause some irritating symptoms.

The enlarged prostate can compress the urethra, leading to difficulties in passing urine or making man feel he needs to pee more often (especially during the night).

However, around half of men with BPH don’t have symptoms, which means it can go undetected. It’s believed that up to 90% of men in their 80s have an enlarged prostate [1].

This is inflammation or infection of the prostate gland. As you’d expect, it can lead to prostate pain and swelling, urination problems, sexual dysfunction and even mood disorders [2].

Prostatitis can be acute (short-lived) or chronic. In 5 to 10% of cases it’s caused by bacteria that enter the bladder and reach the prostate, but in the remaining 90–95% of cases there’s no discernible infection. When symptoms go on for a long time despite there being no obvious inflammation, it’s called prostadynia, or chronic pelvic pain syndrome.

It’s estimated that 15% of men will experience some form of prostatitis in their lifetime, and it’s more common in younger and middle-aged men [3].

This is the most common form of cancer in men in the UK. In fact, 130 new cases of prostate cancer will be diagnosed every day [4].

Symptoms of prostate cancer are similar to those of BPH, namely:

Although there are often many causes of cancer—and they’re different in every individual—some research suggests that having prostatitis could be a risk factor for the development of prostate cancer [5].

As mentioned, bacterial infection can be the cause of prostatitis—but this is rare. New studies are shining light on some of the many factors that can affect prostate health and, believe it or not, your gut might play a role.

Here are some snippets from emerging research:

Men with chronic prostatitis have been found to be at increased risk of irritable bowel syndrome (IBS). What’s more, they tend to have a less diverse microbial ecosystem [6]. It’s possible that dysbiosis in the gut leads to inflammation, which shows up in the prostate in susceptible men.

A Man’s Urinary And Seminal Microbiomes Can Also Have Dysbiosis

One study found that urine samples from men with prostatitis had increased levels of bad bacteria, while another found that their semen samples had fewer good bacteria than normal [7, 8]. Anything that disrupts the gut microbiome—think stress, toxins and antibiotics—can also disrupt other microbiomes in the body.

Environmental Toxins Can Target The Prostate

Many environmental toxins are known endocrine disruptors, meaning they affect our hormones and reproductive function. A type of fungicide applied to fruit has been found to alter prostate gene expression in animal studies [9]. Bisphenol-A (commonly found in plastics) also has detrimental effects on the prostate.

There are many other factors that affect prostate health, but a clear picture is emerging: look after your health in general, and your prostate will thank you for it.

How to help your prostate naturally

Many of the foundations for good health—eat well, sleep well, exercise appropriately and relax frequently—have a knock-on effect on a man’s prostate health. Let’s look at a few in more detail: 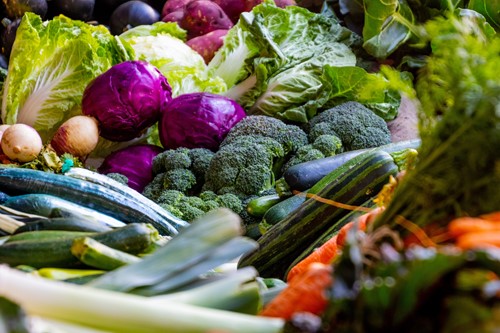 Research suggests that pro-inflammatory diets (think white flour, sugar and processed foods) increase the risk for prostate cancer [10]. It makes sense, then, that an anti-inflammatory diet is a good approach for your prostate and beyond. Eat plenty of vegetables, fruits, nuts and seeds, plus high-quality protein and healthy fats.

Load Up On Tomatoes

The antioxidant lycopene, found in tomatoes, is especially good for the prostate. It’s even more potent when the tomatoes are cooked [11]. Why not try this recipe?

A review of studies found that men who consume fish oil had a lower risk of prostate cancer [12]. This could be because the omega-3 fats in oily fish exert an anti-inflammatory effect. Salmon, mackerel and sardines are all good choices.

Find A Form Of Exercise You Enjoy

Exercise modulates hormone levels, supports immune function and helps to prevent obesity—all of which have an effect on your prostate. Find a form of exercise that you like, as you’re much more likely to do it regularly.

Enjoy A Sensible Amount Of Sun

A higher level of vitamin D has been found to correlate with decreased rates of BPH [13]. This may be because vitamin D inhibits certain inflammatory pathways. The most powerful source of vitamin D is exposure to the sun—so get outside (making sure, of course, that you don’t burn).

Certain herbs, such as saw palmetto and stinging nettle, have been found to reduce the symptoms of BPH and prostatitis. These are readily available as supplements, but it’s best to seek personalised advice from a functional medicine practitioner.